Tsvetelina Stefanova (Tsvet, for short) has a heap of titles under her belt and is impressive, to say the least. First, she’s a badass musician and has played with a slew of bands. Same Sex Mary is her main project which she started six years ago with her boyfriend, James Howard Adams. Furthermore, she is the entertainment director at The Dillinger, the sponsorship manager for the Dam Short Film Festival in Boulder City,  the director for the Life is Shit Music Festival and the founder of Bad Moon Booking.

Most major cities have thriving music scenes ingrained in their culture, but Las Vegas has been out-of-the-loop since the days of the Rat Pack and Sinatra. Five or six years ago, you couldn’t find many local or independent bands playing in Las Vegas—let alone playing for free. Maybe you could catch a few bands at The Huntridge Theatre or The Sanctuary, but those days are long gone.

As of recent, Las Vegas has cultivated solid musical talent and venues, like The Griffin and The Bunkhouse. For the past year and a half, Bad Moon Booking has organized free shows with a ton of amazing local and touring bands. From years of touring, Tsvet made countless connections throughout the South Western states and found herself frequently setting up bands with gigs in Las Vegas. Booking acts became a passion for her which led to the birth of Bad Moon Booking. This October, Bad Moon Booking is showcasing an exciting mini-series at the Plaza Casino & Hotel’s outdoor venue—equipped  with a beer garden. The shows are during the first, four Saturdays of October. So be sure to mark your calendars. 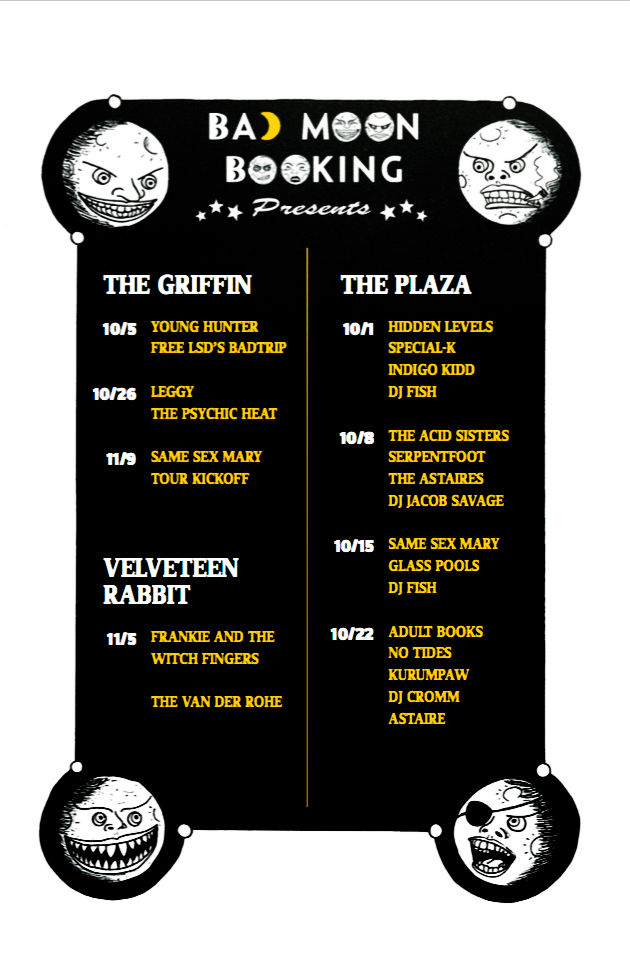 Life is Shit Music Festival is another project Tsvet became a part of during the fest’s second year. Founder Jack Johnson created Life is Shit as a direct counter-music festival to contrast with the mainstream, Life is Beautiful Music Festival. According to Johnson, Life is Beautiful “displac[ed] another local-run festival and rubb[ed] a lot of people the wrong way.” To repair that loss, the one-day fest was created for the Las Vegas locals to enjoy for free during Life is Beautiful. “I just wanted Life is Shit to be something inclusive and organically created by locals, for locals…Life is Shit has become a product of not just a few people and a cool bar with a ridiculous festival name, but a community,” Johnson said. The fest consists of local bands with a few astounding established touring acts on the bill.

During our interview, Tsvet talks about what to expect at the festival hosted at The Dive Bar on September 23rd.